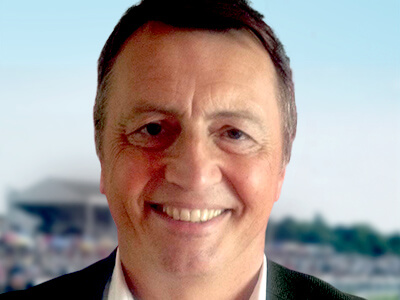 SOTTSASS, returned at around 13-2 when third to Waldgeist last year, is an obvious candidate and can be backed at a general 16-1 having probably advanced his claims this season.

Jean-Claude Rouget’s four-year-old shaped as if in need of the run when a beaten odds-on shot on his reappearance before making amends with a workmanlike success in the Prix Ganay.

Though edged out by Skalleti in a Group 3 at Deauville next time, that was still a good performance conceding 6lb to a rival who excels in the testing conditions that prevailed that day.

Sottsass again caught the eye sticking to 1m2f in the Irish Champion, making late headway in a small field to finish a two-length fourth to Magical.

The colt gives every impression he will appreciate this belated return to 1m4f - a trip he’s tackled only twice, having preceded his Arc third with victory in the Prix Niel.

Furthermore, his record in double-figure fields stands up to close inspection, reading 113 and including a decisive verdict over Persian King in last year’s Prix du Jockey Club.

Rouget trains a very different contender in RAABIHAH, who brings smart three-year-old form to the table and has been given a classic ‘French preparation’ for the autumn showpiece.

The filly only made her debut in January of this year, hacking up in an all-weather maiden at Cagnes-Sur-Mer and was similarly impressive in a Listed event at Paris-Longchamp upon resumption of racing.


She didn’t have the best of trips from an awkward draw when beaten just half a length into fourth by Fancy Blue in the Prix de Diane and proved different class to her Group 3 rivals at Deauville a month later.

Her first try at 1m4f in the Prix Vermeille last time was disappointing if judged solely on the result itself - splitting four-year-olds Tarnawa and Dame Malliot - but as a prep run it was satisfactory the way the race developed.

Held up last off a slow pace, there were positives to be taken from the way she kept on to grab second on the line.

By the all-conquering Sea The Stars (winner of the 2009 Arc) from a dam line that has produced Oaks winners Eswarah and Midway Lady, she looks ideally bred for the job and could step up markedly on that form in a true-run race.


The horse with most potential among likely starters in the Bet365 Cambridgeshire is probably TEMPUS as he’s a lightly-raced, well-bred four-year-old with the scope to improve again going up in trip.

Roger Charlton’s colt, a half-brother to the stable’s Group 2 winner Time Test, is two from two in mile handicaps this season and looks to have been campaigned with the Newmarket cavalry charge in mind.

If the trainer’s previous comments are anything to go by, he won’t want the ground any faster than good - so that’s a slight query at the time of writing - but rain features in next week’s forecast which is encouraging.

Tempus is already 3lb well in under a 4lb penalty for the early-closing feature, the handicapper having raised him 7lb for his latest win at Ascot, and should relish the extra furlong in a strongly-run event.

He is set to run off 97, a 4lb higher rating than Time Test defied in the 2015 London Gold Cup on route to a UK final mark of 121 before finishing his career in the States.

That three-year-old Newbury handicap over 1m2f is always a strong race to follow and its propensity for producing Group and other classy performers points to another of the Cambridgeshire market leaders, Sinjaari, having obvious claims.

William Haggas’s four-year-old was touched off by Headman in last season’s renewal and following a gelding operation over the winter has won his only start this term in the John Smith’s Cup.

He’s entitled to progress again off an 8lb higher mark but at more than twice the odds SOLID STONE - who disappointed in that edition of the London Gold Cup and the York race last time - may prove a bit of value.

Sir Michael Stoute’s charge has also benefited from being gelded - he won a Class 2 handicap at Sandown against the pace bias on his return to action in June - and wasn’t best placed the way the race panned out at York.

Back on the Rowley Mile course at HQ - where he was successful over 1m2f at last year’s Craven meeting - he could present more of a threat on these better terms, having shaped nicely from a wide draw on his recent prep over Kempton’s mile.

Gary started his look at selected races for the 2021 Cheltenham Festival during his stint as stand-in for Hugh Taylor’s column.

close up, ridden over 2f out, kept on one pace final furlong

But Italian buoyed by Enable’s ability to handle testing conditions in Paris.