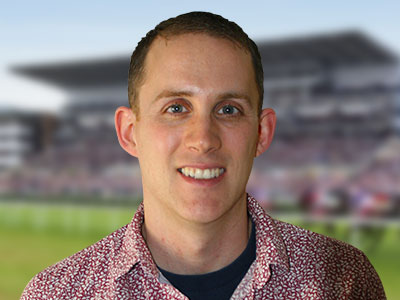 Temperatures are expected to be quite warm this afternoon so the going at Cork can be expected to be bit quicker than the declared good-yielding which should suit UNFORGETABLE in the Platinum Stakes at 3:40.

She has improved this year but that seems somewhat masked by her connections opting to mix up trips and while she does cope with sprint distances, seven furlongs seems her optimum.

Given her yard’s horses were improving for their first run of the season, she shaped quite well when fourth in a Group 3 on seasonal return before being dropped back to five and half furlongs and finishing third at Naas.

The best run of her season – and her career – came over this course-and-distance on her penultimate start when a half-length second to Valeria Messalina in the Brownstown, the time-figure decent and the winner boosting the form with a good run at Goodwood subsequently.

Again, she was dropped in trip last time at Naas and aside from the trip being too sharp was better than the result when fifth to Millisle. Having been drawn one, she got caught on the rail and couldn’t get a run as a front-runner faded back on her, forcing her to lose her position before running on late.

Pronouncement was ahead of her that day and has a chance too stepping up to a trip that should suit well but Unforgetable seems a bit more overpriced under conditions that are close to ideal.

Music To My Ears has strong claims in the Irish Stallion Farms EBF Fillies Handicap at 4:15 as does French Rain who was better than the result behind her last time when coming off a break but perhaps MAUD GONNE SPIRIT is the one to be with on handicap debut where an opening mark of 84 could be lenient.

She debuted at Roscommon in June where despite being the Harrington second string and conceding experience to most of her rivals was a good third, running green and not given a hard time having had to be switched half way up the straight.

The winner of that race was Baraniya who shaped well off an initial mark of 91 before stamina gave out at the Curragh since while in behind her was stablemate Rocket Science (re-opposes today), herself an easy winner of a Galway maiden next time so the form looks solid.

More fancied at Gowran next time, she followed up by three-quarters of a length, posting both a good overall and sectional time, the margin of victory not reflecting her superiority as she made up a lot of ground late.

It is possible she raced on the favoured part of the track then as the sole filly to track to the stand side but her finishing kick was impressive and while the second and third have only run to a fair level since, they were exposed types that raced close to pace.

The fourth – Bounce The Blues – has won a decent maiden since and was a similarly lightly-raced sort to Maud Gone Spirit and she also came from off the pace that day.

Tony Keenan’s next tipping column will be on Sunday, August 9th.

rear of mid-division, progress 2 1/2f out, improved to lead narrowly 1 1/2f out, soon headed, ridden and no extra under 1f out

chased leader, effort over 2f out, no impression and ridden under 2f out, weakened 1 1/2f out, eased under 1f out