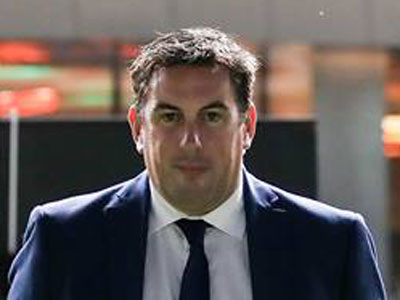 Stephen has selections and analysis online for the seventh night of the Dubai World Cup Carnival - live on Sky Sports Racing.

Seven days ago we saw Benbatl lay down a firm marker for the Dubai World Cup, and this week the Godolphin Mile will become a clearer picture with the Group 3 Firebreak Stakes undoubtedly the highlight on the card, due off at 5:25.

The last two winners of the race, Heavy Metal and Muntazah, are in opposition as they bid to become the first dual winners of the race but their competition is stiff with at least seven of the ten runners seriously considered. Heavy Metal is actually probably one of the first I would scratch off the list having failed to beat a rival home this season and aged ten he looks a shadow of his former self.


His stablemates, Capezzano and Matterhorn, are far more interesting although quite whether this is the time to catch either is debatable. Both are reappearing, Capezzano having no great record fresh and liable to throw in a shocker when fit anyway, whilst Matterhorn may well be bred for it and has run on fibresand but to show his best on his first attempt on the dirt will be asking a lot.

Quip is classy from the Doug Watson yard but was a late arrival from America which leaves Muntazah and SECRET AMBITION as the pair I would concentrate on. Muntazah would have been badly in need of his reappearance, to the extent he may still need this as it was only on his third outing last season that he truly showed up. He could still be good enough, and should get a good trip through stalking the pace from stall 6. Secret Ambition doesn’t look as classy as some of these but has undoubtedly improved this season and looks the type to keep pulling out more. He is fit and firing and three times the price of a horse he finished over 9 lengths in front of last time so he gets the nod for me.


The Balanchine carries Group 2 status and features many of the same rivals who contested the Cape Verdi, Magic Lily a nose too good for Nisreen on that occasion and now 3 lbs worse off. Both should appreciate the extra furlong and Nisreen could easily have won last time had her jockey not committed as early as he did. I would certainly have them closer in the market than they are.


The one that has been grossly dismissed, however, is PERI LINA who only has two and three-quarter lengths to make up yet is generally available at 25/1. She can be tricky, but the 1m would have been way to sharp for her on her reappearance and it is worth noting she found a stack of improvement from the Cape Verdi to the Balanchine last year. Anything similar and should could well hit the first three, and we have seen the odd shock in this race before.

The Meydan Trophy that kicks off the thoroughbred action at 3:05 is one of the poorer races to be run at the Carnival, an extended 9f conditions event for three-year-olds on the turf. Godophin rarely unleash a smart classic contender on the turf here but that doesn’t mean to say either First View or Ya Hayati won’t prove too good for some modest opposition. First View should appreciate getting off the dirt whilst Ya Hayati could do no more than win at Kempton last time, albeit only workmanlike and you feel giving his dirt pedigree that had he been showing much at home, he would have been aimed at something bigger than this out here. With nothing solid in opposition, however, this is a race to swerve.

The 6f dirt handicap at 3:40 looks to have plenty of pace in it with Truck Salesman, Bochart and Lavaspin all well drawn to attack and such a scenario does reduce confidence in coming up with a selection. Truck Salesman backs up quite quickly from a big effort in Group company last time whilst Bochart is 9 lb higher than when he demolished a similar field last time. Bochart wouldn’t be as reliant on the lead as perhaps say Lavaspin, that one having won the race last year and coming here after just the one outing this term, but it could still be a case of who leads wins, and that isn’t the easiest to predict.


The turf sprints on the straight course in the last couple of weeks have been decided by track position, favouring those drawn high, although the trail-blazing Caspian Prince breaks from stall 3 in the 4:50 so we could be set for a different scenario. I do believe there is something in the theory of the outside of the track being quicker, for two reasons, one there is a slight camber to the inside rail so the moisture in the track drifts to that far side, and secondly any horses working on the turf here during the week always do so down the outside, so the ground is more compact.


With all that said I think ROULSTON SCAR from 10 is primed to go well again, and looked likely to handle a drop back in trip having gone off fast last week before fading into third behind Rusumaat. He was also drawn in stall three on that occasion, got racing with Ekhtiyaar from stall 2 a fair way out, which left the way clear for the first two home to emerge from stalls 9 and 8. He is progressive and is fancied to continue the good season of Simon Crisford.

The finale can readily be consigned to the too hard category, Godolphin responsible for eight of the 16 runners and seven of them filling the first seven positions in the betting. Jalmoud has the profile of so many before him from the Charlie Appleby yard having been aimed at the classics as a three-year-old before reappearing in Dubai. Also gelded in the interim, he could prove way too good but there are progressive horses in opposition, namely Dubai Future and Desert Fire. The winner should be sporting blue, but that is hardly an earth-shattering statement.

‘He’s won five or six Grade Ones and gets the job done.’