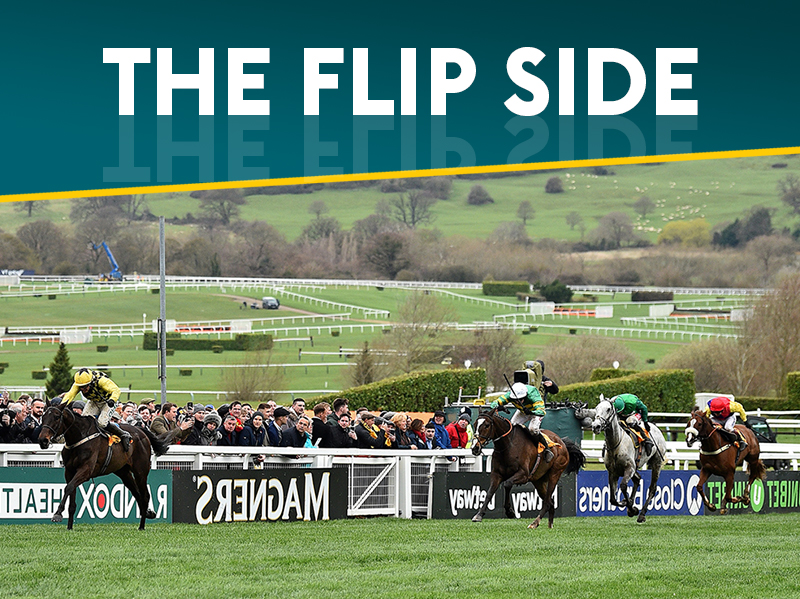 Kevin Blake examines the Cheltenham chances of Kemboy and Altior and also highlights a County Hurdle candidate from Newbury on Saturday.

The Cheltenham Gold Cup picture remains wide-open and one that is worth examining is the Willie Mullins-trained Kemboy. The eight-year-old arrived into this campaign as one of the leading fancies for the race thanks to a devastating winning performance in the Betway Bowl at Aintree and his beating of Al Boum Photo in the Punchestown Gold Cup.

However, it has been a bumpy season for Kemboy in more ways than one. The start to his campaign was delayed after a scandal involving his syndicator the Supreme Racing Club led to him not being allowed to run on his intended reappearance in the Ladbrokes Champion Chase at Down Royal. With those affairs somewhat put in order, he was allowed to run in the Savills Chase at Leopardstown’s Christmas meeting.

While the bare form of his 3½-length fourth to Delta Work could have been considered a disappointment, there was cause to read it more positively than that. In a nutshell, Kemboy had raced like a horse that was underdone and needed the run as many of Willie Mullins’s seasonal debutants did at the time. Fresher than ideal in the early stages, he took a strong grip and was overly-exuberant at his early fences. He seemed to pay for those exertions on the run-in and the hope was that the run would blow away the cobwebs and leave him spot on for the Irish Gold Cup.

The market clearly agreed with that thought, as Kemboy was sent off as the 5/4 favourite to turn that form around with Delta Work at the Dublin Racing Festival. However, while he did settle better and race like one that had come on from his return, he was beaten fair-and-square by Delta Work once again, this time by 1½ lengths.

There is a chance that Kemboy could well improve again from that and be a big player at the Cheltenham Festival, but one important aspect of his performances this season that warrants comment is his jumping. Inconsistency had been an issue with Kemboy’s jumping from an early stage of his chasing career, but he had looked to put much of the pieces together when winning at Leopardstown, Aintree and Punchestown last season, with the unseating of his rider at the first fence in the Gold Cup at the Cheltenham Festival not seeming to be all his fault.

However, that inconsistency in his jumping has crept back into his game in both his starts this season. Existing minor tendencies to adjust to his right and skew at his fences have been more pronounced in his last two starts. His lack of fluency down the back straight in the Irish Gold Cup was particularly concerning, with him making three mistakes of note in succession.

If Kemboy is going to be very competitive in a Gold Cup, he’s going to have to be on his game in the jumping department. Though, the evidence from this season suggests that a significant improvement will be needed, as his increasing tendency to adjust to his right and make mistakes are likely to be far more heavily punished in a Gold Cup than they have been at Leopardstown.

Plenty has been said and written about Altior since his victory at Newbury on Saturday. I don’t have loads more to add as frankly I don’t think we learned anything of note.

He beatSceau Royal by a similar margin to what he was beating him by last season. His jumping was even more exuberant and wasteful that it usually is, but I’d be happy enough to put that down to freshness, as Nicky Henderson has clearly put a great amount of focus on freshening him up after a hard race on his return to action at Ascot. I’d be confident that his jumping will be less gassy in the Champion Chase with this run under his belt.

In terms of where this leaves him in what looks to be a spicy Champion Chase picture, it clearly puts him bang in the mix. I haven’t been convinced that he has ever returned to what in my mind was the peak of his powers in the Champion Chase in 2018, but he is still quite clearly operating at a very high level.

My view is that Defi Du Seuil and Chacun Pour Soi would both beat Sceau Royal with more ease that Altior did on Saturday. Those two rivals seem to be in their primes, whereas Altior’s prime might well be a little bit behind him. For that reason, I would have Altior as the third-fav for the race, but not by much.


With a bit of luck all three make it to March 11th in top order and we’ll be treated to a proper tear-up in the Champion Chase.


Ciel De Neige the one to take from messy Betfair Hurdle

The Betfair Hurdle at Newbury on Saturday was a messy race right from the outset, with a false start leading to a stupid standing start which led to the assumed front-runner Not So Sleepy missing the kick. One suspects that caught out a few of his rivals in tactical terms that had been expecting him to make the pace and some of them paid a heavy price for that later in the race,

There was of course some notable carnage at the final flight that might well have impacted on the final result, but for me the one to take from the race is unquestionably the Willie Mullins-trained Ciel De Neige. One imagines Aidan Coleman might well have been one of those that was expecting to get a good lead off Not So Sleepy, as he found himself much handier than he has ever been in a race and always seemed to be a bit closer to the lead than he wanted to be.


With him jumping and travelling quite well all the way, this resulted in Ciel De Neige being left in front still going smoothly at the second-last flight. One can clearly see the horse’s demeanour change once he is in front, with him starting to wander. The fall of his closest pursuer at the final flight only led to him being even more isolated, which resulted in him getting very lonely and edging all the way across to the near side. He stuck on well, but was nipped close home by Pic D’Orhy.

Had Ciel De Neige been ridden with a bit more patience and got a lead for longer, I strongly suspect he would have won with a bit to spare. It was an unfortunate defeat.

The handicapper has responded by raising him 3lb to 138, which should guarantee him a place in the County Hurdle at the Cheltenham Festival with less than 11 stone on his back. With him having run so well in spite of a wide trip in the Fred Winter last year, he looks an ideal candidate for the race. I expected him to be cut into clear favourite for it off the back of his Newbury, so it is surprising to see 16/1 freely available... Time to punish the bookies!

How do you solve a puzzle like Pentland Hills?

Apple's Jade isn't back yet

The master of Seven Barrows has a powerful team for 2020, headed by the Champion Chase hat-trick...
bet365
Sign up to bet365 using bonus code ATR100