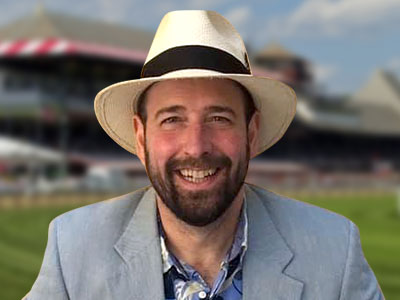 A total of six Win-and-You’re-In races will be run between Belmont and Santa Anita - both live on Sky Sports Racing - on Saturday night, and here, Peter Fornatale previews the best of the action.

Saturday’s racing in the USA contains an embarrassment of Breeder’s Cup prep race riches with six Win-and-You’re-In contests, all of which will be covered on Sky Sports Racing Stateside. I’ll be in the “virtual” guest chair, live from the Brooklyn Bunker, from 8pm until the wee small hours of the morning.

But for those looking to take advantage of early betting opportunities, I’ll give some thoughts on each of the races, starting with the lone WAYI race from Belmont before we work our way west.

The Grade 2 Vosburgh (Race 9, 10:14) will send its winner to the Breeders’ Cup Sprint and #5 FIRENZE FIRE might be the most interesting at the presumed prices (7-2 on the USA morning line). He is a big-time Belmont horse-for-course who does not like wet dirt, and when you view his PPs through that prism, his merits become quite obvious.

#6 Engage is a potentially interesting alternative, especially going forward potentially. But the long layoff has to give one pause, even with some nice-looking recent works.

Going out west to Santa Anita, our first WAYI action occurs in Race 3 (9:35), the Grade 2 Chandelier. What price can be found about #1 PRINCESS NOOR? If the answer is 2-5 or higher, and you can tolerate short prices, there is your value.

This looks a penalty kick for a filly who simply looks faster than her opposition, has shown the ability to pass horses, will stretch out no problem, and has worked forwardly since.

Race 7 (11:41) is the Grade 1 Rodeo Drive (WAYI for BC F&M Turf). I prefer #3 BODHICITTA who should get the jump on the favored Lady Prancelot. The selection showed a new dimension last time, showing some tactical foot and shapes like one who will enjoy the added ground.

Her good runs as a two-year-old on soft ground going a mile also allow us to infer that the distance will be her friend.

Race 8 (12:12) sees the two-year-old colts take center stage in the Grade 1 American Pharoah, a race that is a key prep for the Breeders’ Cup Juvenile.

The stage appears to be set for #5 SPIELBERG to finally break his maiden, especially since his old rival Dr. Schivel is not re-opposing this time around. He’s not the fastest sort – looks more of a grinder – and I think that can play to his advantage going farther in a race where there aren’t many who appear to have late kick.

Luis Saez should suit him well, adding to the appeal.

Race 9 (12:43) is the Grade 2 John Henry, a WAYI race for the BC Turf. United is clearly the one to beat as the clear class of the field – he was second in the Turf last year. But #5 SALVATOR MUNDI is an interesting new face from a punting perspective, especially as a cheeky each-way option if all eight go to post here.

His form since being gelded is strong and he still might be progressing. The last win was easy and stylish, and the race two back better than it looked because of trouble endured in running. United is the more likely winner but Salvator Mundi is the bet.

Race 10 (Sun 1:14) is the Grade 1 Awesome Again, a WAYI race for the Breeders’ Cup Classic. This is a short field but one that features two major Classic contenders in Improbable and Maximum Security. This is where the rubber meets the road for #5 MAXIMUM SECURITY.

The win two back was not terribly impressive, and last time he was gifted the race when Midcourt was inexplicably rated and he was allowed to dictate terms. There is other speed here but it isn’t great speed, and I think the selection will have a tactical edge being outside and in front of Improbable.

There isn’t much in it at the prices, and maybe I’m just tired of Maximum Security stuffing me in a locker (seriously the only time I remember betting him was the Monmouth loss; he’s crossed the wire first EVERY other time), but I think he wins this race and 3-5 is fair odds.

tote
Get a £10 risk-free first bet

But Italian buoyed by Enable’s ability to handle testing conditions in Paris.

The star dual-purpose trainer shines a light on those who can cap a superb season on the Flat...
bet365
Sign up to bet365. Click to View Bonus Code Details