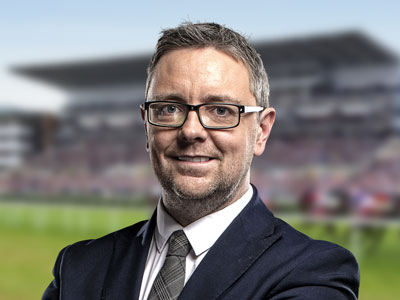 A QUEEN FIT FOR A KINGMAN

One of the hottest properties in the stallion world, his stud fee having tripled to €150,000 in his short time at stud, Kingman has had some choice mares sent to him, and the products of two such majestic matings make their debut in the mile fillies’ novice at 1.20.

Fallen For You was a Group 1 winner on the track, here at Ascot, in the Coronation Stakes, and though Scuffle, likewise a miler, wasn’t quite so good, she has already produced a Classic winner in Logician. Add Kingman into the mix and one or both of Love Is You (daughter of Fallen For You) and Monsoon Moon (Scuffle) could be special, the initial signs good, because their respective trainers – Roger Charlton and John Gosden – have entered them in the Group 1 Fillies’ Mile.

The five renewals of this novice have all been won by fillies with experience, and Last Sunset (for Saeed bin Suroor) sets the bar pretty high, for all her penalty, but there’s a good chance the Kingman might come out in either Love Is You or Monsoon Moon, more so given the dynamism of the dams.

GONE WITH THE WIND OP

It’s 15 months since Rathbone last won, but that’s more misfortune than him misfiring, a solution sought nonetheless in the form of a breathing operation, which might just do the trick on a horse who has traded at shorter than 2/1 in-running on three of his six starts in 2020.

Mostly kept to 7f, the once he was let loose over 6f this year was an excellent effort, made to look better still since, as he was third behind Glen Shiel and Tabdeed, who are both bound for the Sprint Cup at Haydock.

In addition to the wind op and return to 6f here, it’s his first try at Ascot, and he looks tailor made for the track, with his high cruising speed. In real terms he’s carrying just 8-6, with Megan Nicholls claiming 3lb, as Gulliver’s presence compresses the handicap, and while it’s not quite a case of now or never for Rathbone, he has an awful lot going for him in the 3.40.

Two fiery front-runners, with different trainers, but more connected than simply the same colours, because, in the 1.55, Just Glamorous is in effect the uncle of Glamorous Anna, whose dam Go Glamorous is a half-sister to Just Glamorous. To say that speed runs through the family is an understatement, and the 3yo Glamorous Anna made all at Windsor and Goodwood in July, earning top-weight here, while the 7yo Just Glamorous once went off 7/2 for the Prix de l’Abbaye, in 2016,  and he has been resurgent recently, sparks coming off him at Salisbury a fortnight ago.

In a twist of fate, these rapid relatives are drawn in extremes at Ascot, Anna out of 12 and Just out of 1, as wide apart as possible, though they might well meet in the middle for a reunion. A hot pace will help a few in this field, though all of them seem fairly fixed in the handicap…all bar one, that is.

Formerly trained in France, Mubaalegh has dropped 6lb in his two runs in Britain, without looking to have lost any pace or power, in better company than he faces here. With those runs under his belt, and a trainer in top form, namely Marcus Tregoning, Saturday could well be the day for Mubaalegh, who’ll be delivered late, with an uncle and niece to aim at.

If you need a change, ‘cause things don’t look good. Who ya gonna call? Jo Gordon!

There aren’t many that David O’Meara can’t find the key to, but Arbalet is one of them, so far, a frustrating season going from bad to worse lately, tried in headgear last time, to no avail. And so to the one remaining ray of hope, by turning to the only rider who has ever won on Arbalet, Josephine Gordon.

During his days with Hugo Palmer, Gordon was the rider who got on best with the enigmatic Arbalet, the pair winning at Redcar and Carlisle, as well as teaming up for fifth in the 2018 Jersey Stakes, at 100/1.

Since then, ten jockeys have tried and failed to convince Arbalet to put his best foot forward, including De Sousa, Crowley and Atzeni. I’m not suggesting for a second that you hurry to back Arbalet in the 4.15 based on this titbit of information, but if the mood takes him, as a flash in the pan, then we know why: because of Flash Gordon.

The magic of Mohaather

Gosden full of hope ahead of Enable's date with destiny

Superstar mare ‘ready to put in a big, bold effort’ in Arc.

Autumn and jumps racing go hand-in-hand, so Tracey cranks up her National Hunt perms for Bangor -...

The star dual-purpose trainer shines a light on those who can cap a superb season on the Flat...
bet365
Sign up to bet365. Click to View Bonus Code Details